ABOUT FORRÓ A LA TURCA

Forró is a music genre and a dance style which is from North of Brasil. It gained popularity in last years around europe and recently all over the world. Our aim is to introduce forró, share the passion with others. That’s why we organise Forró a la Turca, the only forró festival in Turkey.

​​Forró Istanbul is a non-profit organization with sole purpose of promoting and dancing Forró. 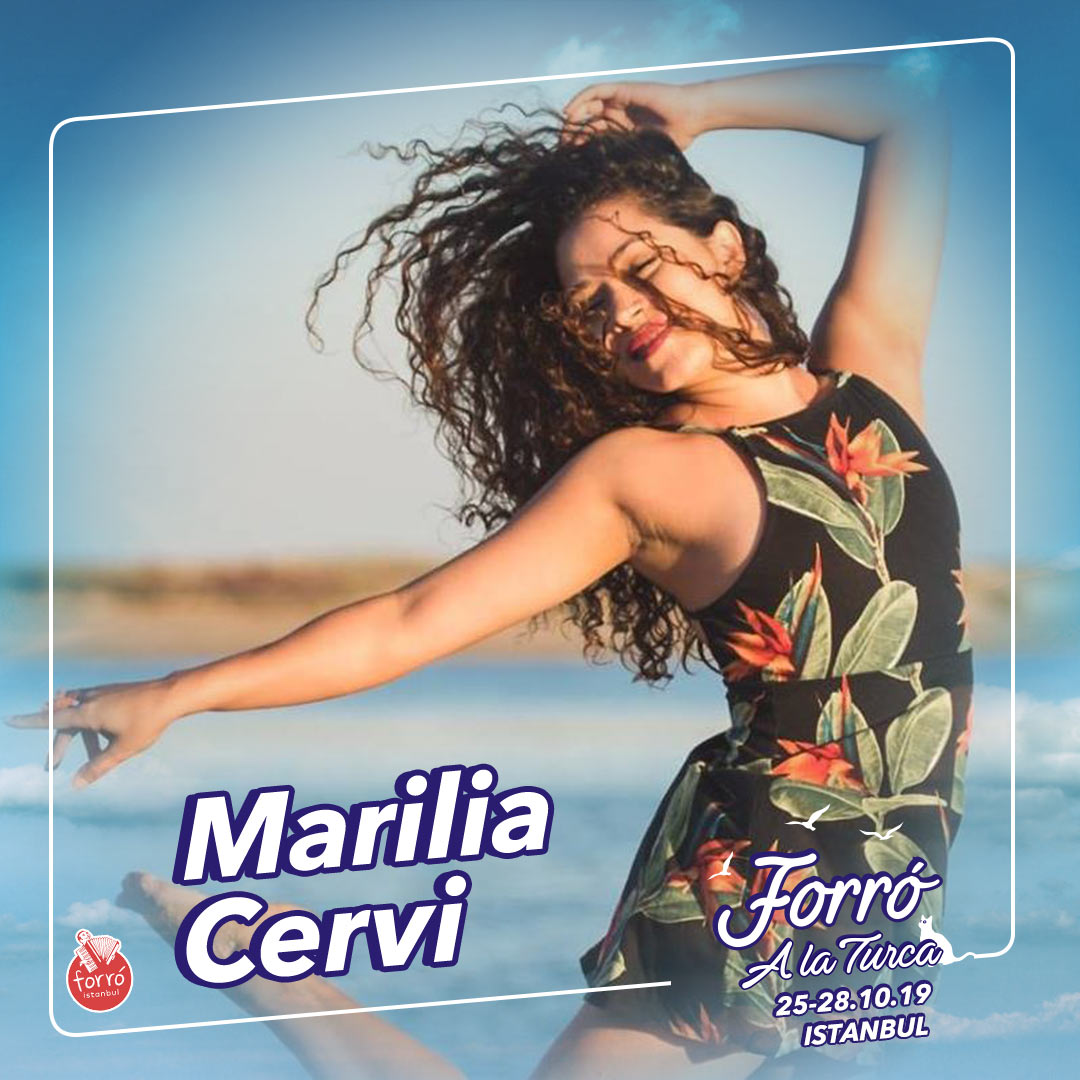 Dancer, teacher and choreographer of ballroom dances, Forró is her main dance. She developed along her nine years of study an irreverent and charming way to dance and teach Forró. She has won the Brazilian Forró Championship and other awards in many national and international festivals. She has traveled to several countries in South America and Europe, appeared in many TV shows and dance congresses throughout Brazil, and her last conquest was as best Forró teacher of Brazil in 2015 and 2016 (by Baila Mundo). Her research in ballroom dances and Brazilian folk dances led her to develop a multicultural forró dance, without prejudice, because in her opinion Forró is the dance that most expresses the wiggle and the charm of Brazilian women. Now she is living in Lyon and is helping to develop the forró scene there even more with the association “Forró em Lyon” as one of their teachers.

was born in Minas Gerais, where he lived until 2008. As a Forró researcher since his young ages, he knew he had to do something bigger to bring Forró to the rest of the world. He moved to Portugal in 2008 with a conviction and a dream – to develop and improve the Portuguese Forró movement. He started to play Forró in bars, and a year later; he started to DJ and give Forró classes in several places in Lisbon. He created his own Forró Center in Lisbon – Espaço Baião, a Brazilian center in the city centre where you can dance and learn about Forró and Brazilian culture. One of Enrique’s biggest projects is the infamous ‘Baião in Lisboa Festival’, a Forró festival that has taken place every year in Lisbon since 2011. 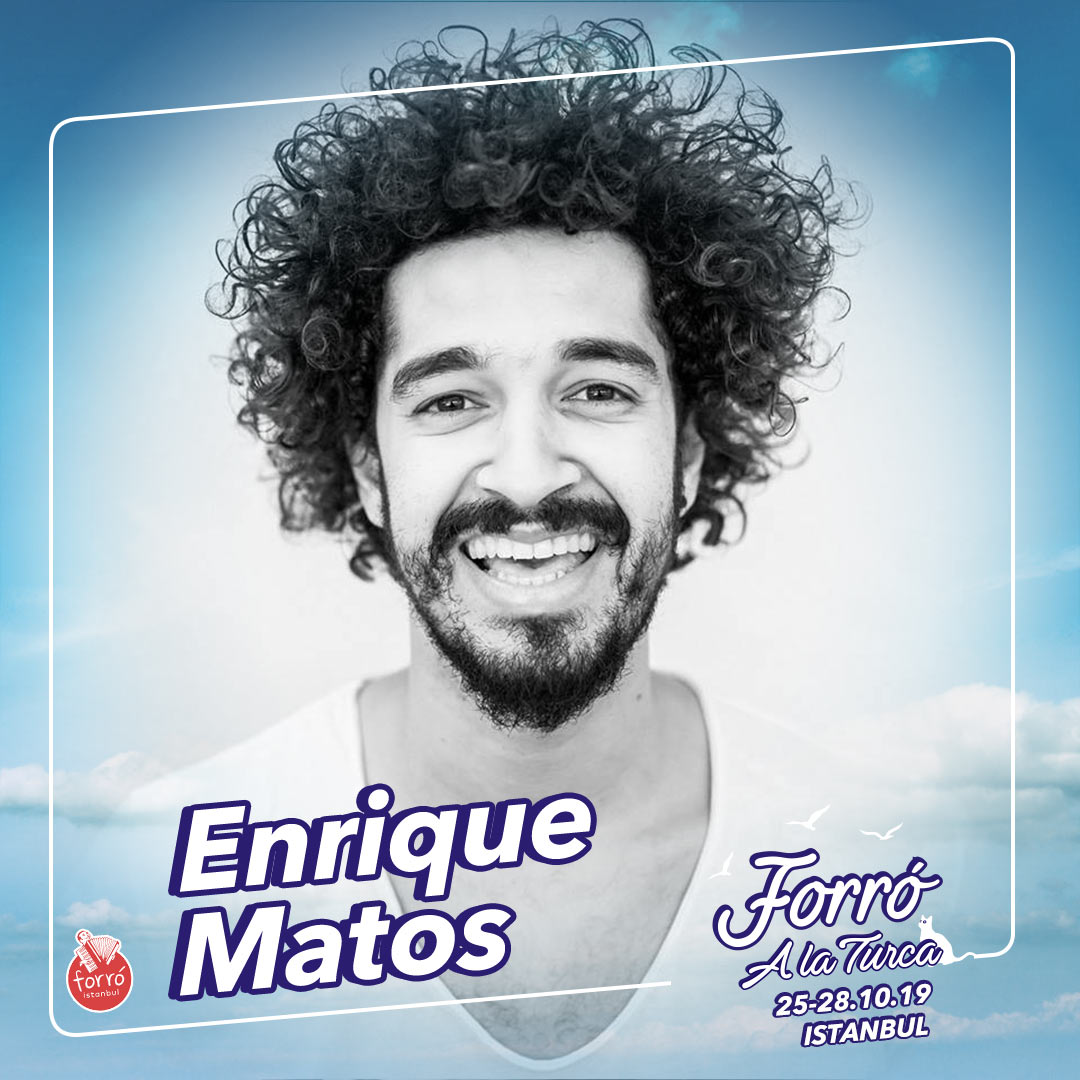 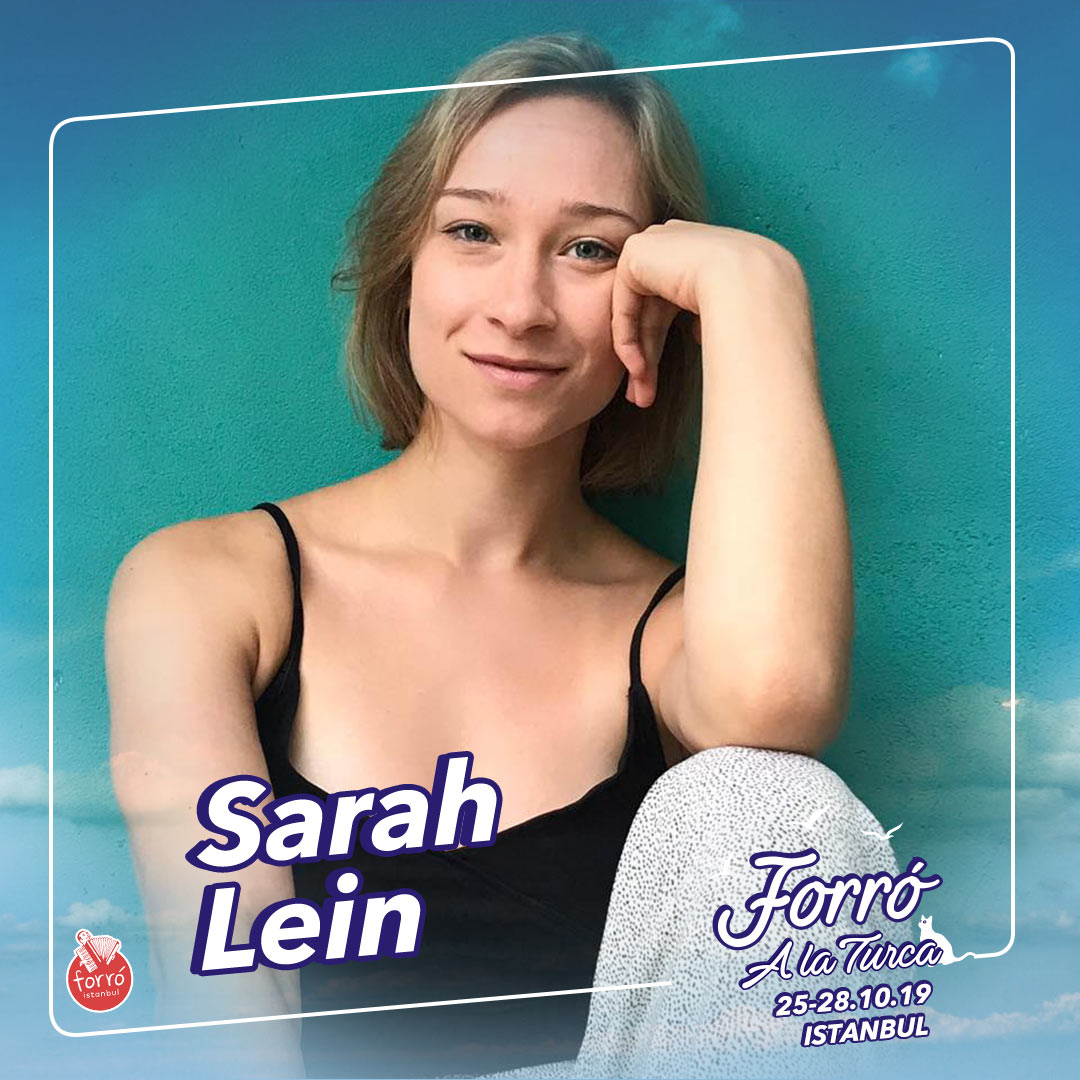 started dancing Forró in the group of Forró de Colônia in 2011 and immediately fell in love with the music, the dance and the Brazilian culture in general. Since then she has been to many Forró-Festivals in Europe, Japan, United States and Brazil. As an assistant for many different Forró teachers she gained experience in teaching diverse types and styles in Forró and since 2015 she gives regular classes for Forró de Colônia. As a professional figure skater, she has the best references in teaching basics of balance and body control, as well as posture and elegance in dancing.

has started learning Axé when he was 15 as it was the dance most played at that time, one year after he started to study in a ballroom dance school, learning the four rhythms (Samba de gafieira, Bolero, soltinho, forró), after he went to the latin rhythms and then he started Tango classes. In short, he was addicted to dance. Wellington is originally from São Paulo, Brazil but has been living in Europe for over four years. He spent the three years in Dublin, Ireland and has hugely contributed to the growth of Forró Ireland. Then he moved to Greece, Kalamata where he keeps spreading his love for forró. He has a combination of different styles to teach forró, not focused only on steps but in leading that in his opinion is the key for a good dance. 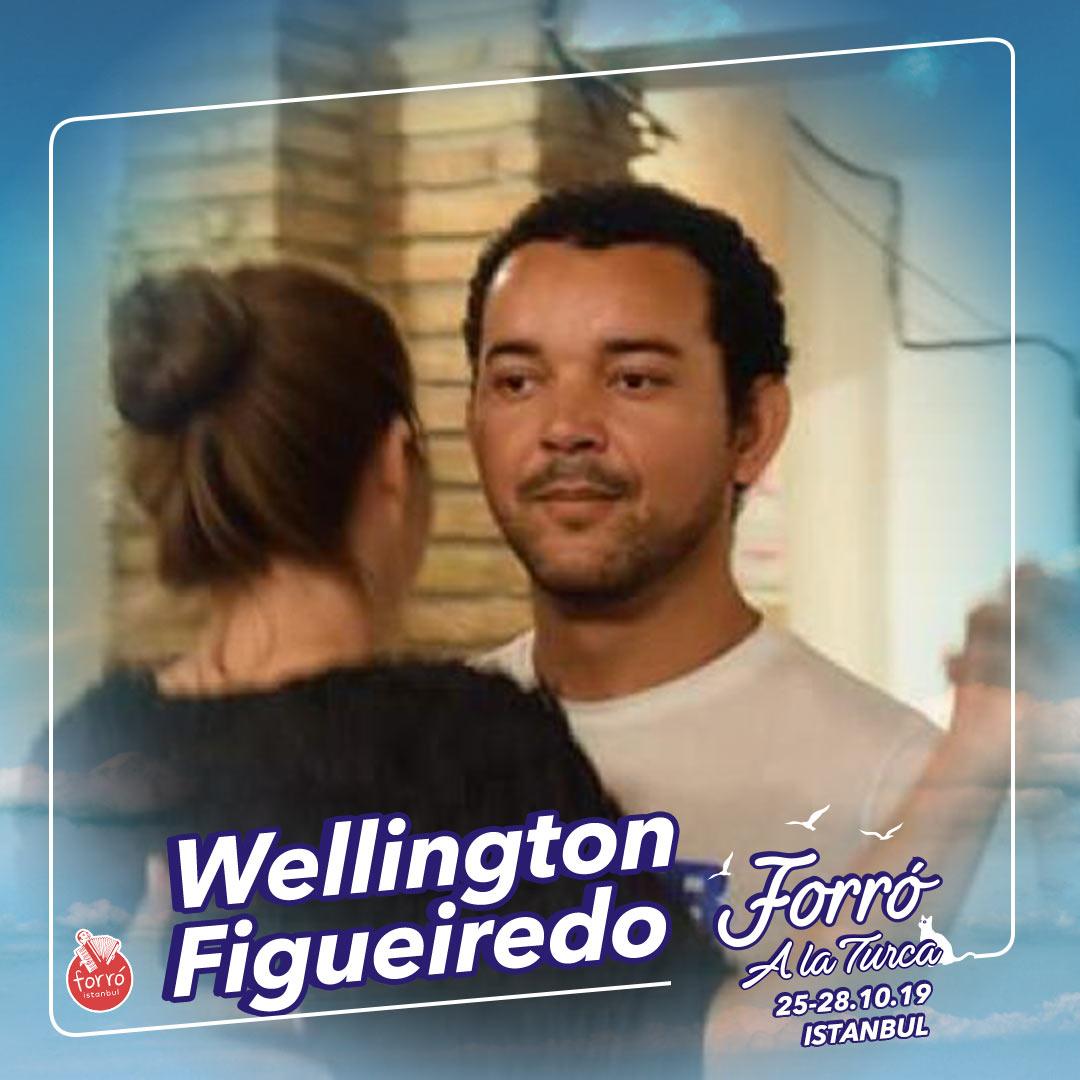 who was born in Olinda, was passionate about the folklore and the culture but mostly about the dances of this region of the northeast of Brazil (Nordeste) even as a child. At the age of 14, Rudolfo’s interest in Forró grew and he started learning the typical styles of the northeastern region. When he was 19 he was introduced to the Forró Universitário style, learning it and mixing it with his Forró Nordestino. In 2010 he moved to the city of Cologne in Germany, where he founded the group Forró de Colônia.

A northeastern forró singer, sanfona player, composer and a poet, that’s how we can define Cainã Araújo. He began playing accordion at the age of nine and started to play professionally at 14 and in 2015 he started his solo career. He released “Coração Matuto” album in 2018 and his songs were played in the radio stations of the city and he became recognized. Defending the culture of the traditional forró Cainã moved to Germany, in 2018, for a new chapter in his repertoire. After participating in a contest in the city of Itaúnas – Espírito Santo, he was invited to show his trajectory outside Brazil. And it was with heart and soul that he went to Europe, where he now resides, and has presented his new authorial work entitled Estrada do Meu Peito (2019). In Europe he has played in several festivals such as Forró London (England), Ai que Bom Festival (Paris), Tome Forró (Germany) and Forró Roma (Italy). In addition, he played in France, Switzerland, Belgium, Russia, Czech Republic and Poland. And as he likes to say: Viva o forró, meu povo!!! Long Live Forró! 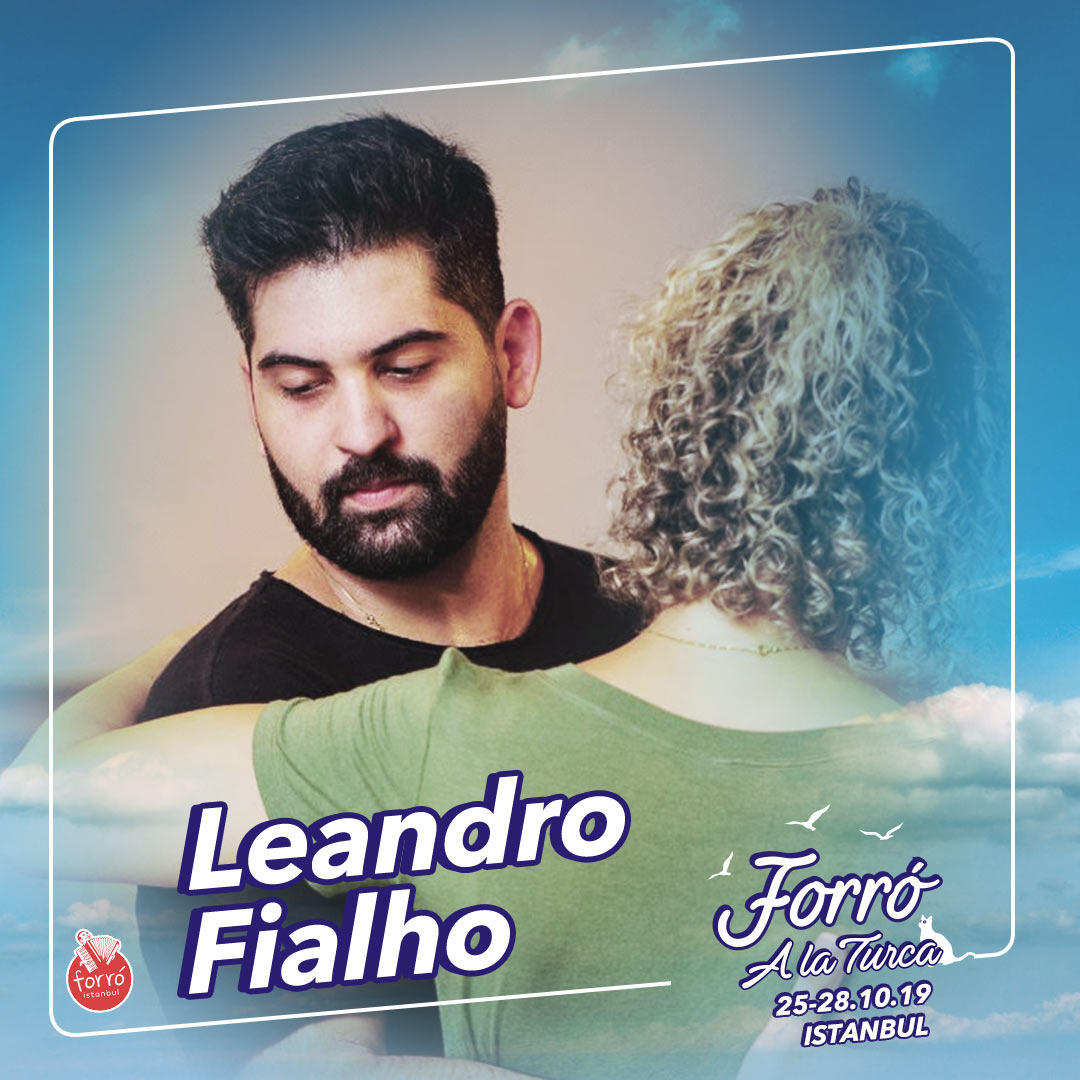 Leandro Fialho, 29, lives in Vitória, ES, in Brazil and began his journey in 2009 as a student in Projeto Forró Iá, where he was invited to teach in 2010. In 2012 he took a break in order to study in Portugal, where he acquired more experience teaching Forró. He returned to Brazil in 2013, and decided to study musical theory and how to apply it to dance. In 2014, helped to found Projeto Forrozando, where he teaches for free as an extension project for the community. Nowadays, he is developing his own didactic with concepts from Forró and other rhythms from ballroom dance, as well from musical theory. Besides Projeto Forrozando, he also prepares workshops teaching steps, musicality and posture for beginners and advanced dancers.

Dj Caciassa lives in Rome, Italy. He first got to know Forró and Brazilian rhythms in 2005, during a surftrip in south America looking for wind and waves, being a kitesurfing enthusiast. Since then, he visits Brazil on a regular basis. In 2016 he started to get seriously addicted to Forró pé de serra. First as a dancer, learning at “Forró Roma” school, and then as Dj, to make people dancing since in Italy Forró fever is spreading around very quickly. He collaborated with “Forró Roma” and with the Brazilian Embassy to promote and participate in cultural events for the development of Forró. He is mostly into “Roots” vibes, still likes classics but with an open mind to contaminations with Samba, Funk and Electronica. 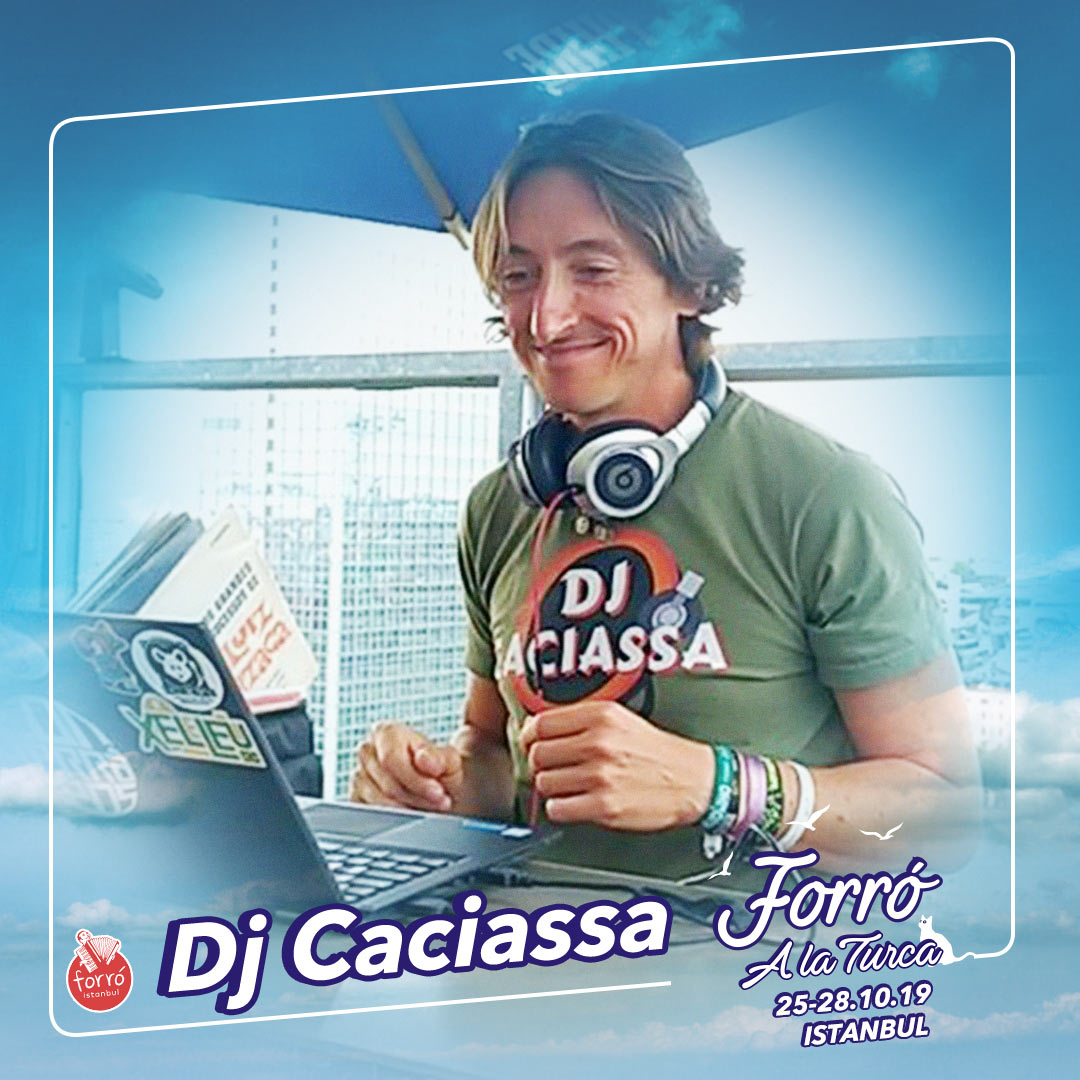 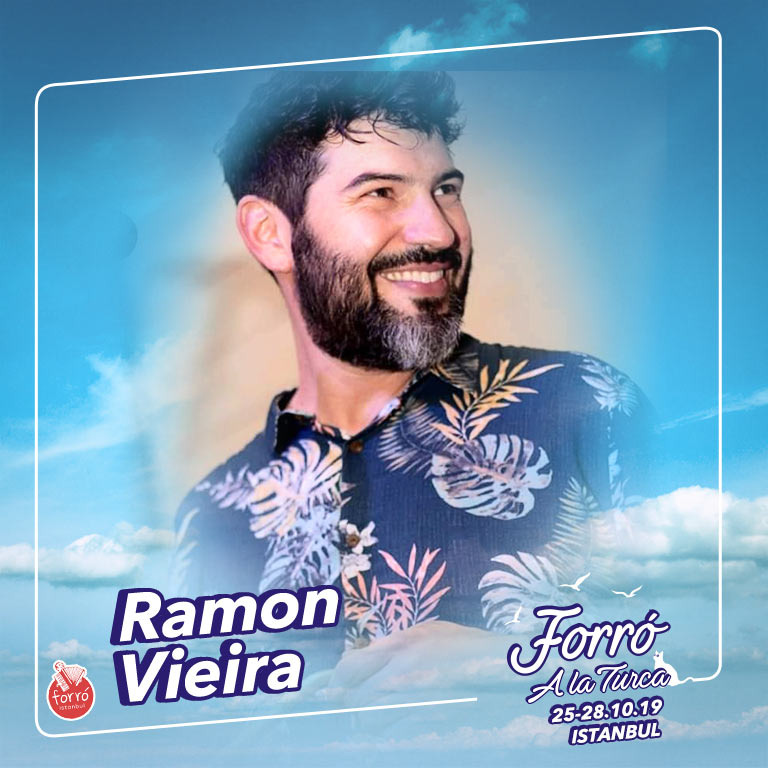 Ramon Vieira is a Brazilian percussionist, singer and composer, who presents himself around the world on stage as well as giving music classes and workshops. Being part of the band Trio Macaiba, he recorded discs with the participation of famous names of the Brazilian music scene like Hermeto Pascoal and Dominguinhos. And also giving concerts with Anastasia and Oswaldinho do Acordeon. In addition to forró Ramon works with other expressions of the Brazilian culture: Bumba meu boi do Maranhão, Maracatu, Ciranda, Côco and Samba de Roda, for over 20 years.

Singer, musician and composer. Three words to define Zé Pierno. The self-thaught, 29, from Santo André/SP, who plays the accordion, appeared in the forró scene back in Brazil playing in bars in his hometown and he has been noticed even more in Europe and Asia, bringing forró to all the enthusiasts. In Europe, he’s started playing with Trio Mais Um in Dublin, where he lived for three years and got into the european musical scene. Nowadays, he’s based in Barcelona, brings his joy and happiness to all forrozeiros around the old continent with or without Trio Mais Um. Songwriter of songs like Forró da Esmeralda and Voa Ave, he’s played in the first forró festival of Japan and Turkey as well as parties and festivals like England, Germany, France, Switzerland, Sweden, Greece and so on. 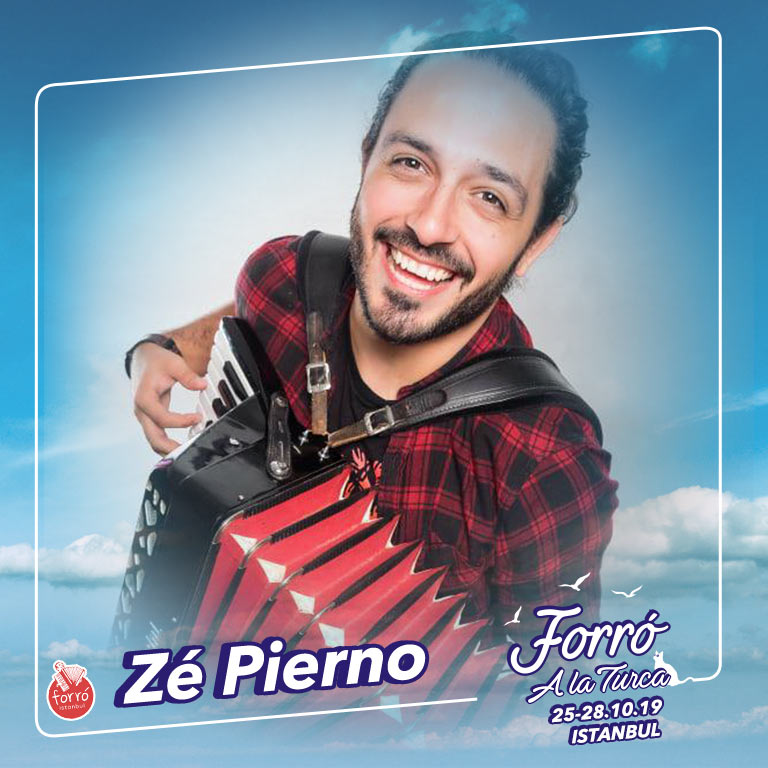 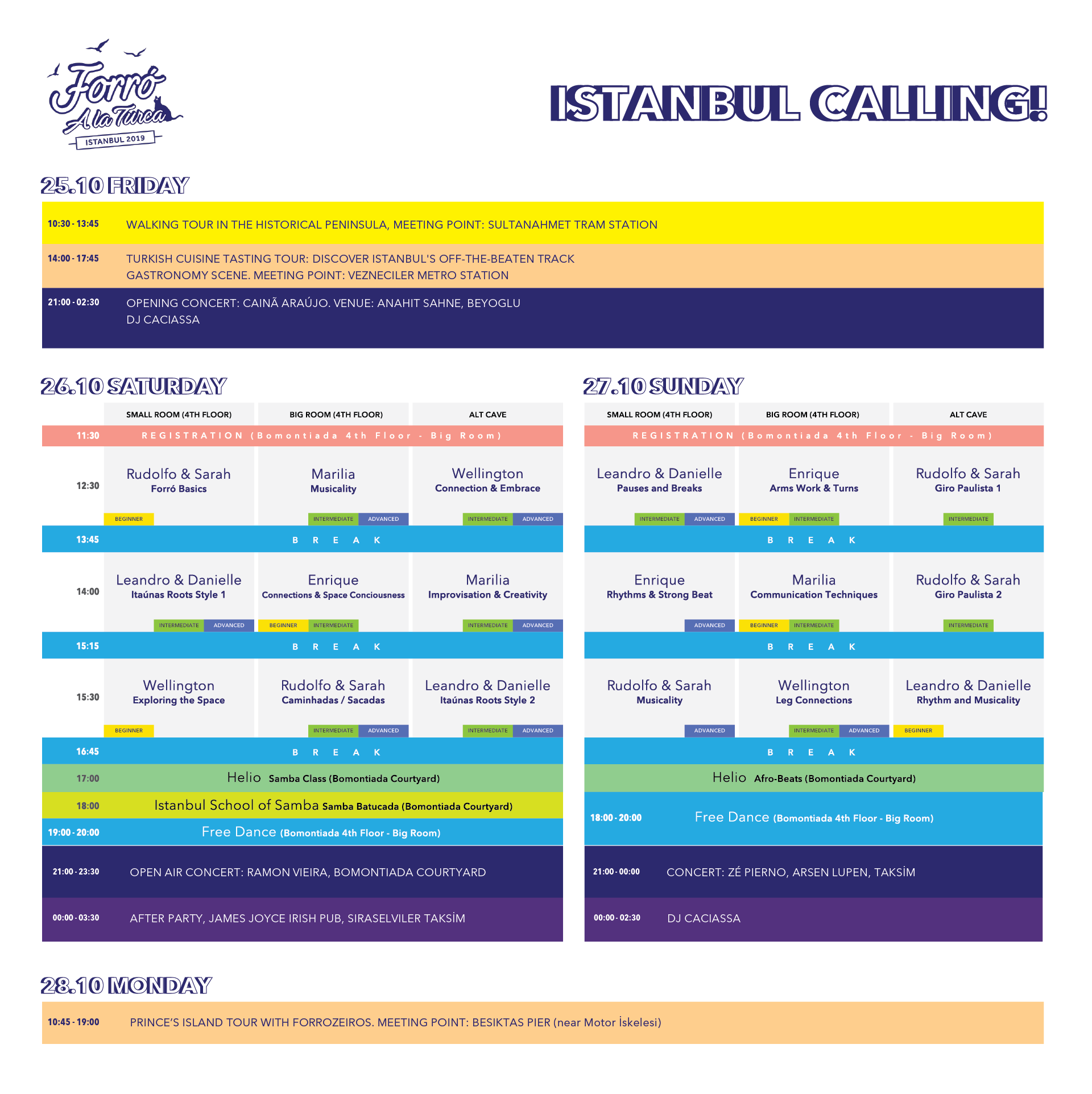 Full Pass
(2 days of Workshops, all concerts and parties)

Group Pass
(2 days of Workshops, all concerts and parties)

Party Pass
(all concerts and parties)

Full Pass
(2 days of Workshops, all concerts and parties)

Group Pass
(2 days of Workshops, all concerts and parties)

Party Pass
(all concerts and parties)

This past summer, bomontiada’s program weaved disciplines, platforms and communities across the theme of cultivation. The aim was to structure an understanding of culture provided by the pluralities of the urban environment, and provide the city with a place of broad use by collaborating individuals and organizations.

The shared overground area is envisioned as a playground for collaboration where residents, partners and tenants collaborate on a program of cultural activities, co-generating screenings, concerts, visual art performances, food festivals, creative business conventions and more.

All Forró Istanbul parties being hosted well for years.

This work is licensed under a Creative Commons Attribution-NonCommercial-NoDerivatives 4.0 International License.